“We are thankful for the opportunity to showcase this outstanding exhibit in the Wake County Courthouse,” said Wake County Senior Resident Superior Court Judge Paul Ridgeway. “We are honored to help educate the public on the important contributions made to our profession by the pioneers featured in the display.”

The exhibit is made up of eight banners and can be viewed in the atrium area of the Wake County Justice Center. The installation was dedicated at Campbell Law School in February 2019 as part of Black History Month, and the banners were on public display at the City of Raleigh Museum in August. Campbell Law School's goal is to feature the traveling display in various locations throughout North Carolina. The exhibit was commissioned as part of Campbell Law School’s year-long 10/40 celebration in 2019 which marked the 10th anniversary of its move from Buies Creek to downtown Raleigh and the 40th anniversary of the school’s first graduating class. 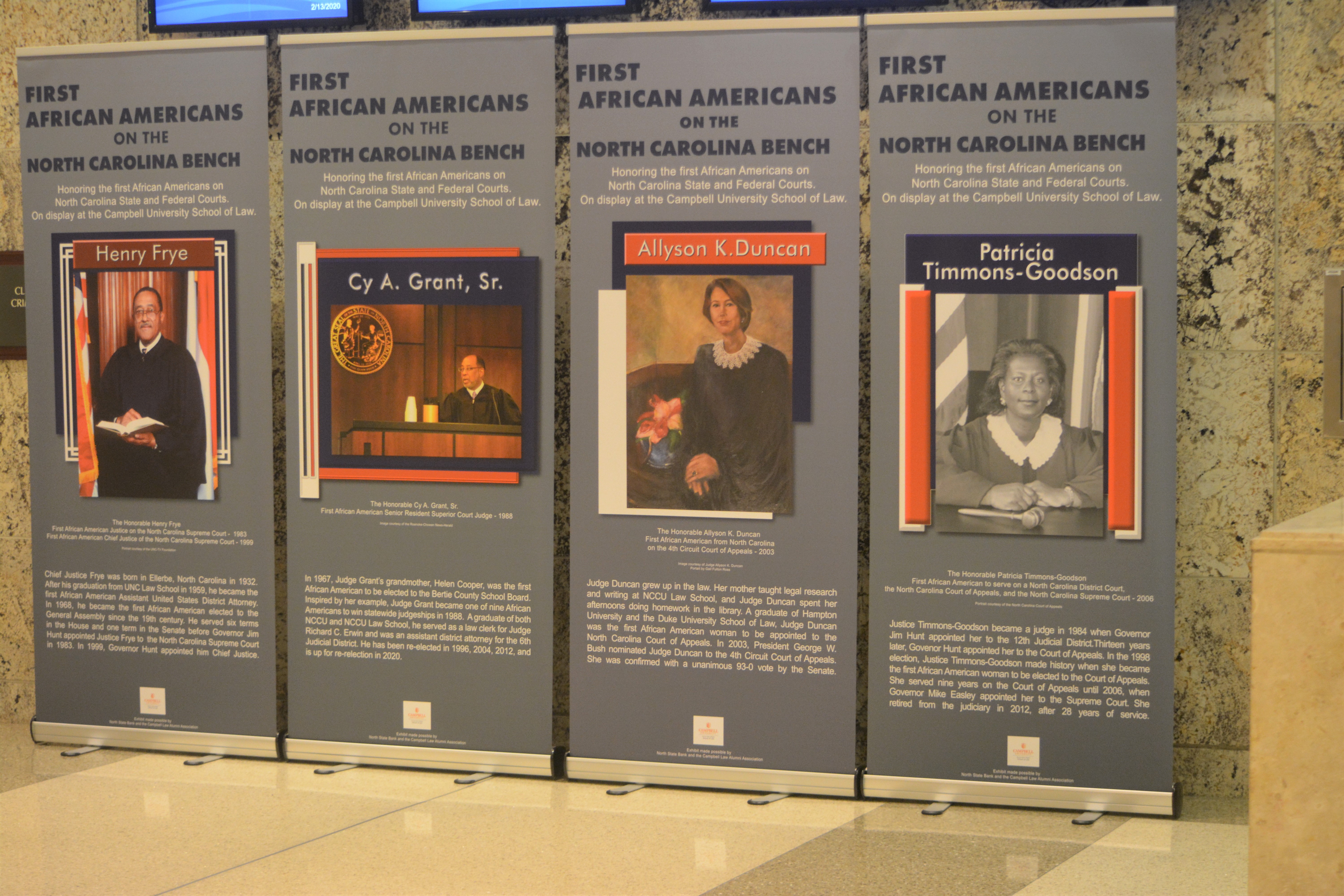