This historic Summit featured a keynote address by Chief Justice Nathan L. Hecht of the Supreme Court of Texas. Chief Justice Hecht traveled to North Carolina to share Texas’ story of success in coming together to ensure adequate funding for equal access to justice for Texans living in poverty and of limited means, while upholding the value of fiscal conservatism.

"Legal services for those in poverty is something our third branch of government has a systemic and institutional interest in," stated Chief Justice Hecht at today's summit. "And it's important that we come together to lend our support."

Dignitaries from all three branches of government were in attendance, including current and former members of the Supreme Court of North Carolina and Court of Appeals, judges, and members of the General Assembly. 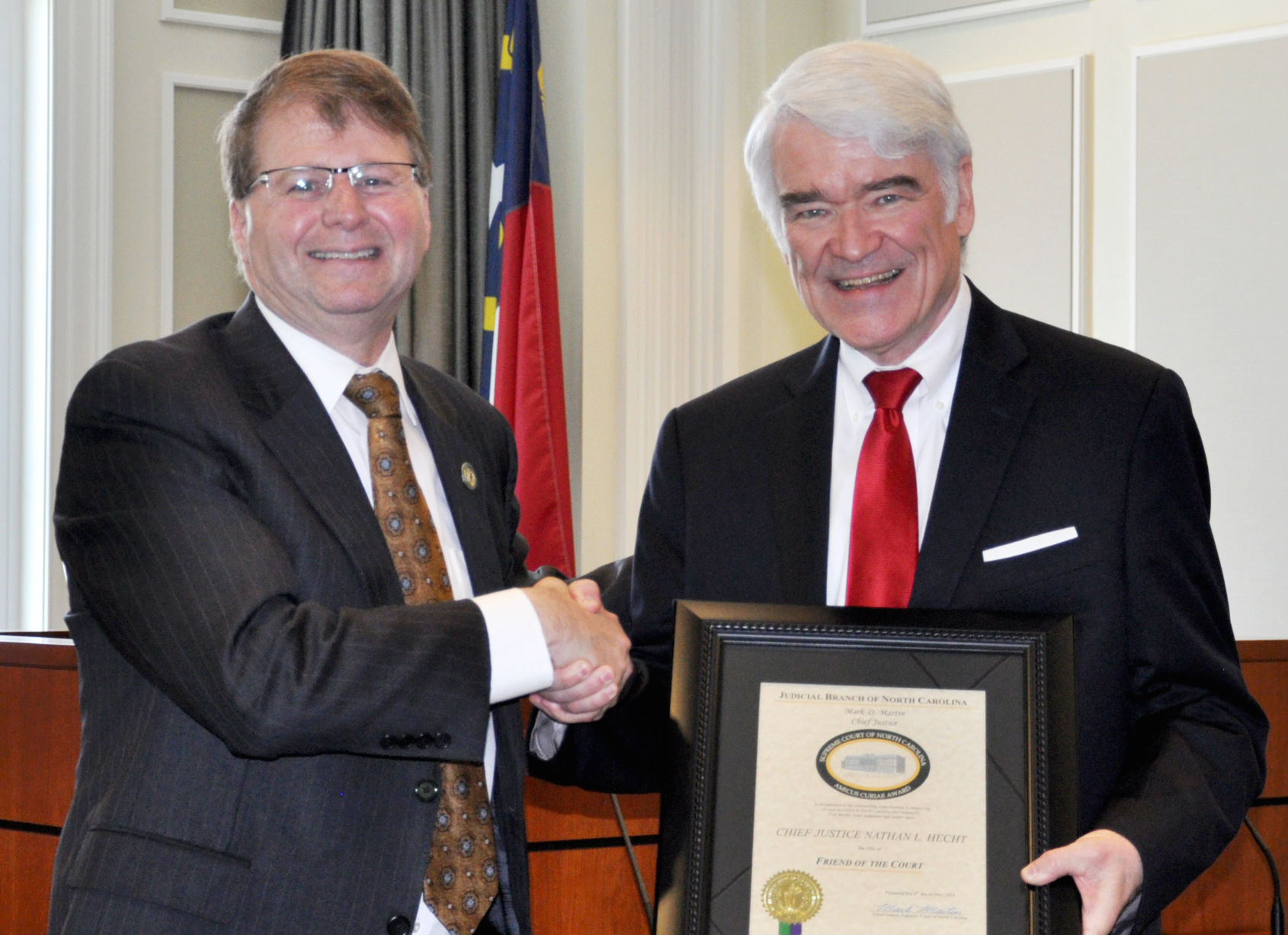 At the conclusion of the program, Chief Justice Martin presented Chief Justice Hecht with a Friend of the Court Award recognizing his many contributions in North Carolina and nationally to increase access to justice.

MORE INFORMATION
The North Carolina Equal Access to Justice Commission was established in November 2005 by order of the Supreme Court of North Carolina and is chaired by Chief Justice Mark Martin. The mission of the Commission is to expand access to civil legal representation for people of low income and modest means across North Carolina. The 25-member Commission includes representative stakeholders from across the state, all three branches of government, legal aid communities, client communities, as well as practicing lawyers.

Ragan R. Oakley Named as Assistant Director of the North Carolina Administrative Office of the Courts