The North Carolina Commission on Indigent Defense Services has announced that its members voted to re-appoint Eric Zogry as the juvenile defender and Robert E. Sharpe as the capital defender during the Commission’s quarterly meeting on January 22, 2021.

“The Commission looks forward to continuing to work with Zogry and Sharpe to ensure that every attorney representing indigent clients has the qualifications, training, support and resources that they need to be effective advocates, and that those clients are provided with the best possible representation,” said Darrin Jordan, chair of the Commission. 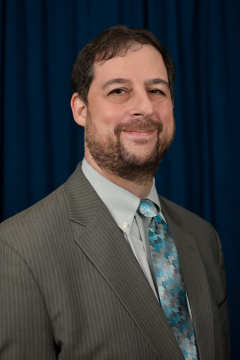 The Office of the Juvenile Defender provides training and support to attorneys who represent juveniles between the ages of six and 17 in the North Carolina Court System. Zogry was first appointed juvenile defender by the Commission in 2004 and has served continuously in that role since that time. Under Zogry’s leadership, the Office has served as an important resource for policymakers in every branch of government working to promote positive change in the juvenile justice system.

Zogry was born and raised in Raleigh and received a Bachelor of Arts degree with honors in Religious Studies from UNC-Chapel Hill in 1992 and his Juris Doctor degree from the Louisiana State University Paul M. Hebert Law Center in 1996. Zogry is a State Bar certified specialist in juvenile defense and is widely recognized for his contributions to the field, most recently having been named a Defender of Justice by the North Carolina Justice Center in 2018 and the North Carolina Bar Association Juvenile Justice Section Children’s Champion in 2019. 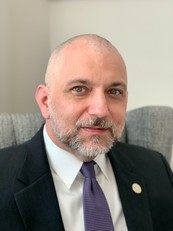 The Office of the Capital Defender is responsible for ensuring that persons charged with potentially capital crimes are appointed two attorneys who have the necessary training and qualifications to provide constitutionally effective representation in these serious and complex matters. Sharpe began serving as capital defender in 2015 and has made it a priority during his tenure to expand the pool of qualified attorneys statewide by developing high quality yet low cost trainings for attorneys who handle death penalty cases, as well as providing consultation and mentorship for their professional development.

Sharpe, a North Carolina native, is a former member of the North Carolina Army National Guard. He obtained his undergraduate degree at UNC-Greensboro and his Juris Doctor degree from the North Carolina Central University School of Law in 1997. He was appointed to his first capital case in 2000, and became an accomplished trial lawyer who zealously and successfully represented many clients facing the death penalty. Sharpe is married with three children and resides in Burlington.