The Supreme Court of North Carolina sat in the State Capitol at Raleigh from 1819-1888. After the Capitol was destroyed by fire in 1831, the court retreated for a short time to the meeting house of the First Presbyterian Church. From 1888 until 1940, the justices successively occupied buildings on the north and south edges of Raleigh's Union Square. Since September 4, 1940, the Supreme Court has presided in the Justice Building, located at 2 East Morgan Street.

The North Carolina General Assembly appropriated funds for the construction and renovation of buildings near the State Capitol during a special session in 1938. The Public Works Administration of the federal government provided an additional grant to fund the projects. The Justice Building, situated between Fayetteville and Wilmington Streets just across from the Capitol, was the largest project using these funds. 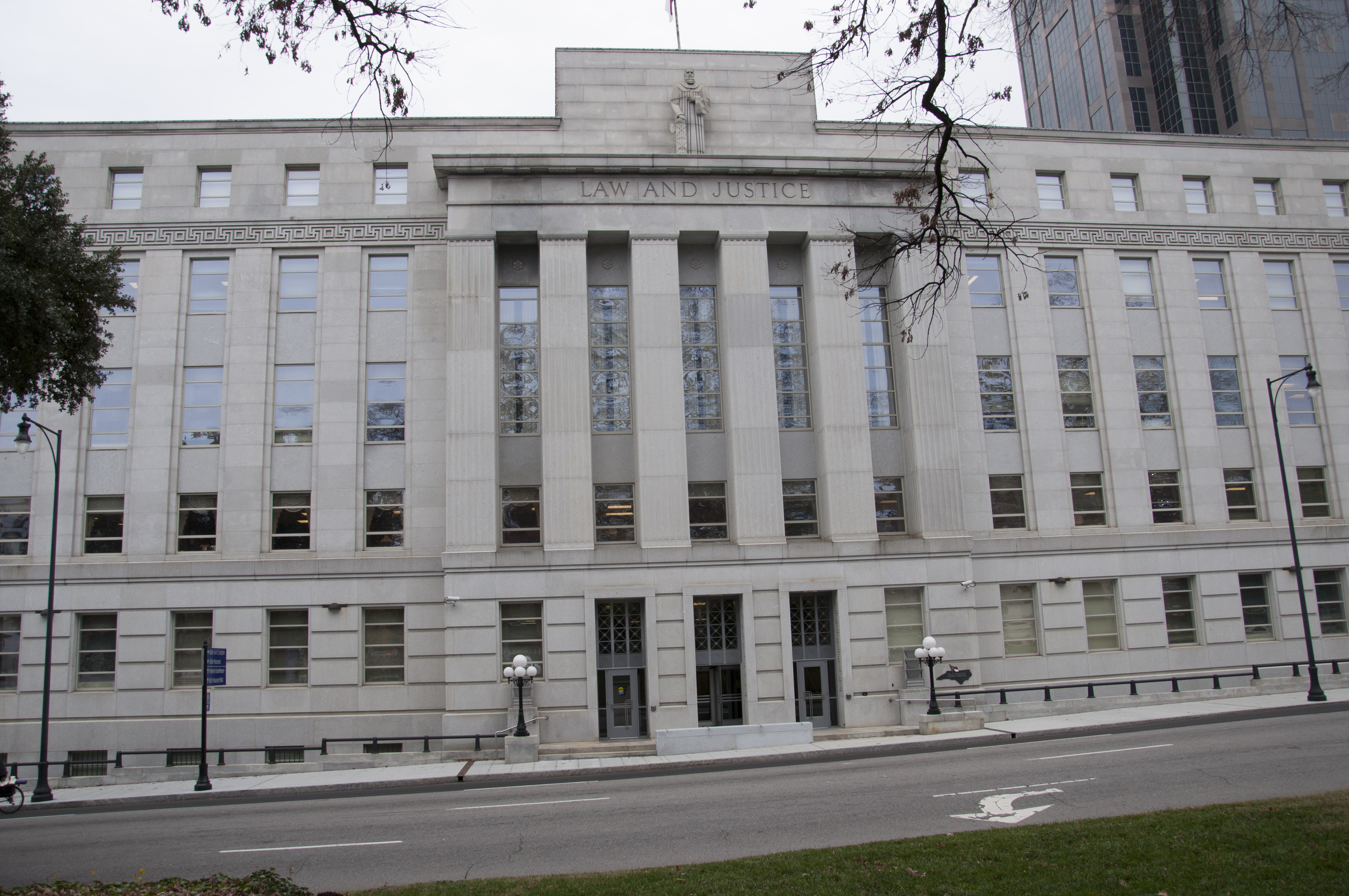 Governor Clyde R. Hoey, Chief Justice Walter P. Stacy, and other officials marked the laying of the building's cornerstone on Thursday, June 8, 1939. They placed inside the cornerstone a copper box containing contemporary documents with historical significance. Those documents include copies of the North Carolina Constitution, the laws of the special session of 1938, the state budget, The News & Observer, The Raleigh Times, and the attorney general's report for the 1936-38 biennium. For good measure, the box also contained four pennies and a rabbit's foot.

Completed in 1940 at a total cost of $725,000, the five-story building comprises more than 68,000 feet, and includes a full basement. Employees began moving into the building in the spring of that year, and Governor Hoey officially dedicated the building on September 4, 1940.

Designed by noted architectural firm Northrup & O'Brien, the Law and Justice Building is recognized as evidence of the firm's mastery of the austere, modernized classicism of the era.

Its granite façade, crafted from granite quarried in Mount Airy, North Carolina, echoes the character of the Capitol. From the same Mount Airy granite, sculptor Charles B. Warren created a 12-ton statue of a robed figure that sits on a ledge above the façade of the building. Although some believe the statue represents the Greek statesman Solon, Warren did not design the statue to represent any specific individual, but simply to represent the idea of law and justice. A Roman fasces - a cylindrical bunch of sticks with an axe blade protruding from the cylinder - flanks the robed figure to further represent the law and justice theme. 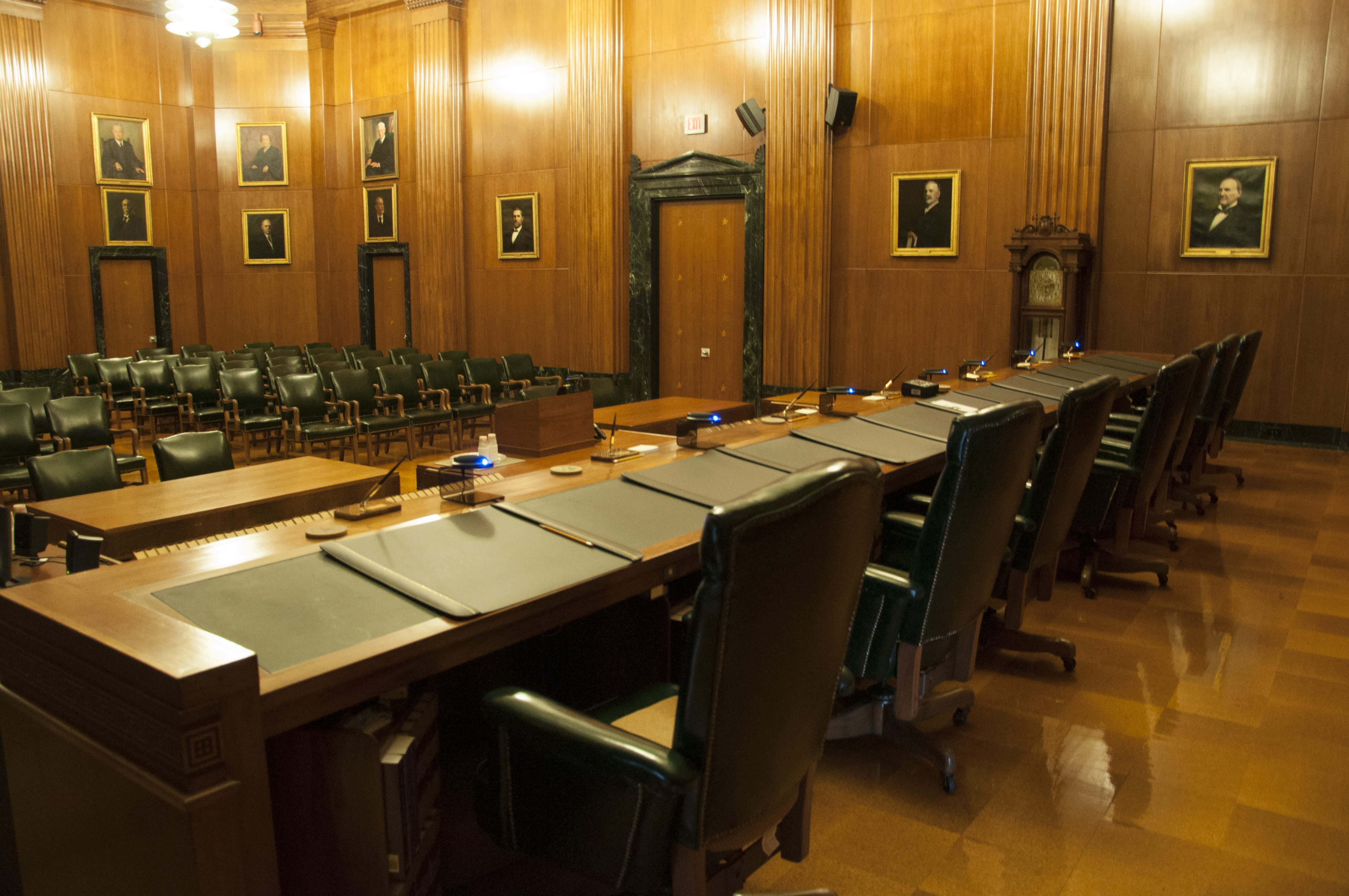 In the early 1970s, the interior of the Justice Building was renovated for the first time since the building was completed in 1940. The 30-month project primarily involved modifications to the justices' chambers and other updates. In 2005, the Supreme Court moved out of the building to accommodate more substantial renovations. After a two-year absence, the Court returned to the building in 2007 to great fanfare. Neither renovation made significant changes to the walnut-paneled courtroom, which maintains the same integrity and character the State envisioned when it marked the laying of the first cornerstone of the Justice Building in 1939.